They are new textile ducts, with circular or semicircular section.
They exploit the specific air-conditioned distribution and diffusion system called high induction.
The High induction is created by the air flow passing through small and average size holes, which are made along the whole duct, in order to mix optimally the primary air with the one present in the room, reaching in this way an high comfort in the room.

THE NEW DIMENSION OF COMFORT 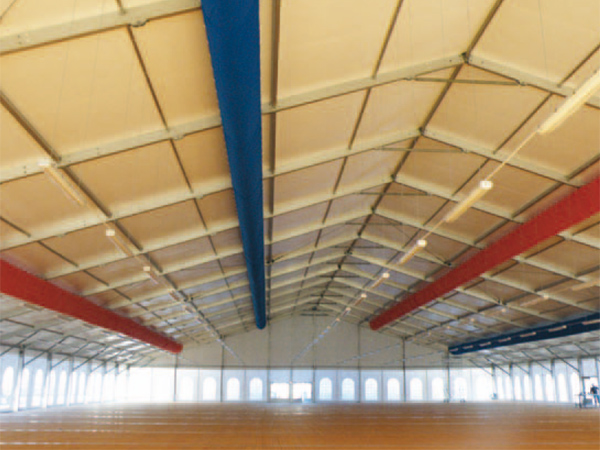 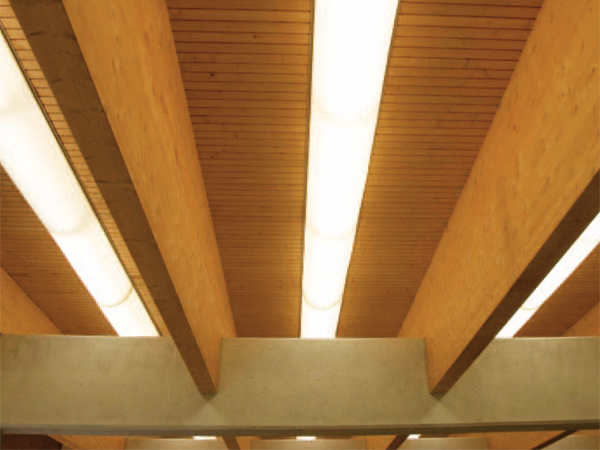 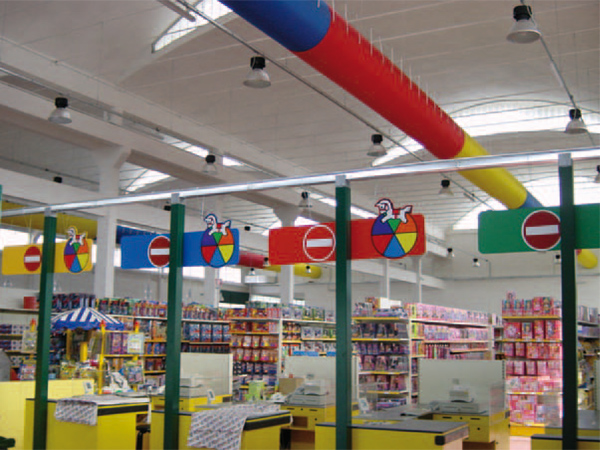 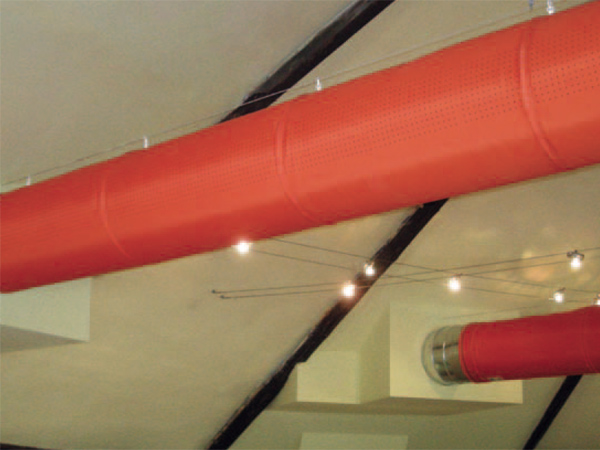 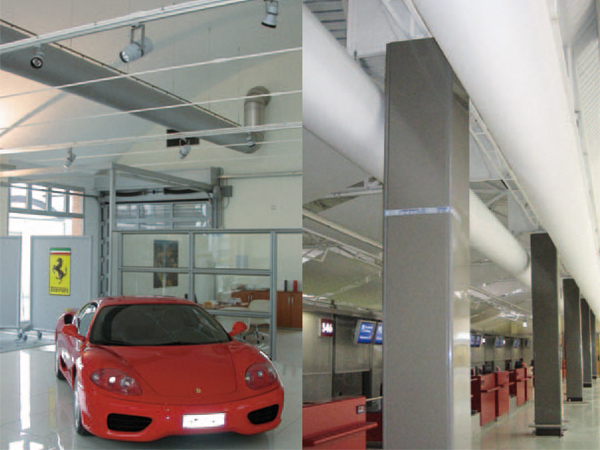 The specific Induction TEX JET diffusion system exploit the possibility to distribute the treated air, succeeding to guarantee an high exchange and mixing surface with the room-air, which is livened up by friction and by consequence of depressions and whirls that are put in motion by air mixing itself. This phenomenon is due to the preservation of motion quantity principle: Qin x ρ x Vin= COST = K.

Thanks to a specific initial impulse, this inductive effect allows to liven up an air amount greater than the one put into the room, reaching values even 50 times the primary air flow-rate put into the room, according to the diameter and the geometry of the holes and to the static pressure.

KLIMAGIEL has implemented a CFD (Computational Fluid Dynamics) program, which allows to simulate precisely the air flow through the processing of the ther- modynamic and geometrical parameters of the system given by the Customer. In this way it is possible to evaluate realistically the temperatures and air velo- cities in every point of the room even on the planning stage.

The picture shows as the entire air mass present in the room is livened up with a speed lower than 0,15 m/sec at 1,5 m from the floor.

The micrometric control of the output air flow velocity (“high induction” effect), all around the duct surface, prevents the moisture stagnation and the resulting condensation development.

All our products are washable and cleanable according to the specific instructions indicated in our installation and maintenance manuals so to preserve as unmodified their characteristics.

What are you waiting for? Subscribe to our newsletter.

We will keep you posted on our offers and initiatives.